Admin Tools - We are always looking for ways to improve our response to cheaters in the game, one of the ways that we’re able to do these is to create new tools in order to monitor what users are doing in more efficient ways. Improving the level of fairness within the game is of our highest priority.

Emojis - We’ve fixed an issue when adding emojis into gang names. Everyone loves a more colorful creative community Emojis allow us to express this and have them really show in game!

5th Reset Puzzles - Fixed how the crossword puzzle displays for those going for their 5th star reset, originally the letters did not line up correctly preventing players from being able to pursue their reset.

Suggestion Closed - Some players may have received an event stating that their suggestion had been closed by an unknown user, many asked if this was new staff perhaps even another developer. Not to disappoint but it turned out that the user was part of an automated script from previous iterations of the game. We’ve updated the closer of the suggestions to the correct admin user.

Gang Vault Overflow - Fixed a bug where gang vaults were going over the allowed limits set by the game. This occurred because gang tax did not follow the same rules regarding the vault cap. We are exploring avenues of allowing players to increase their gang vault sizes prior to resetting their gangs.

Auctions - Fixed a bug that allowed users to submit a bid after the auction was supposed to be closed, because it is impossible to say one way or the other if this bug was used maliciously or intentionally fixing it as soon as possible was the only answer.

Mobile, coming soon! - We’ve always had a mission to make Prison Struggle as accessible as possible, we’ve done lots of smaller tweaks over the lifetime of our ownership and we’re gearing up to release our full responsive mobile theme very soon! This will dramatically improve the games usability on mobile devices, and as 43% of our traffic is on mobile devices this makes a lot of sense. 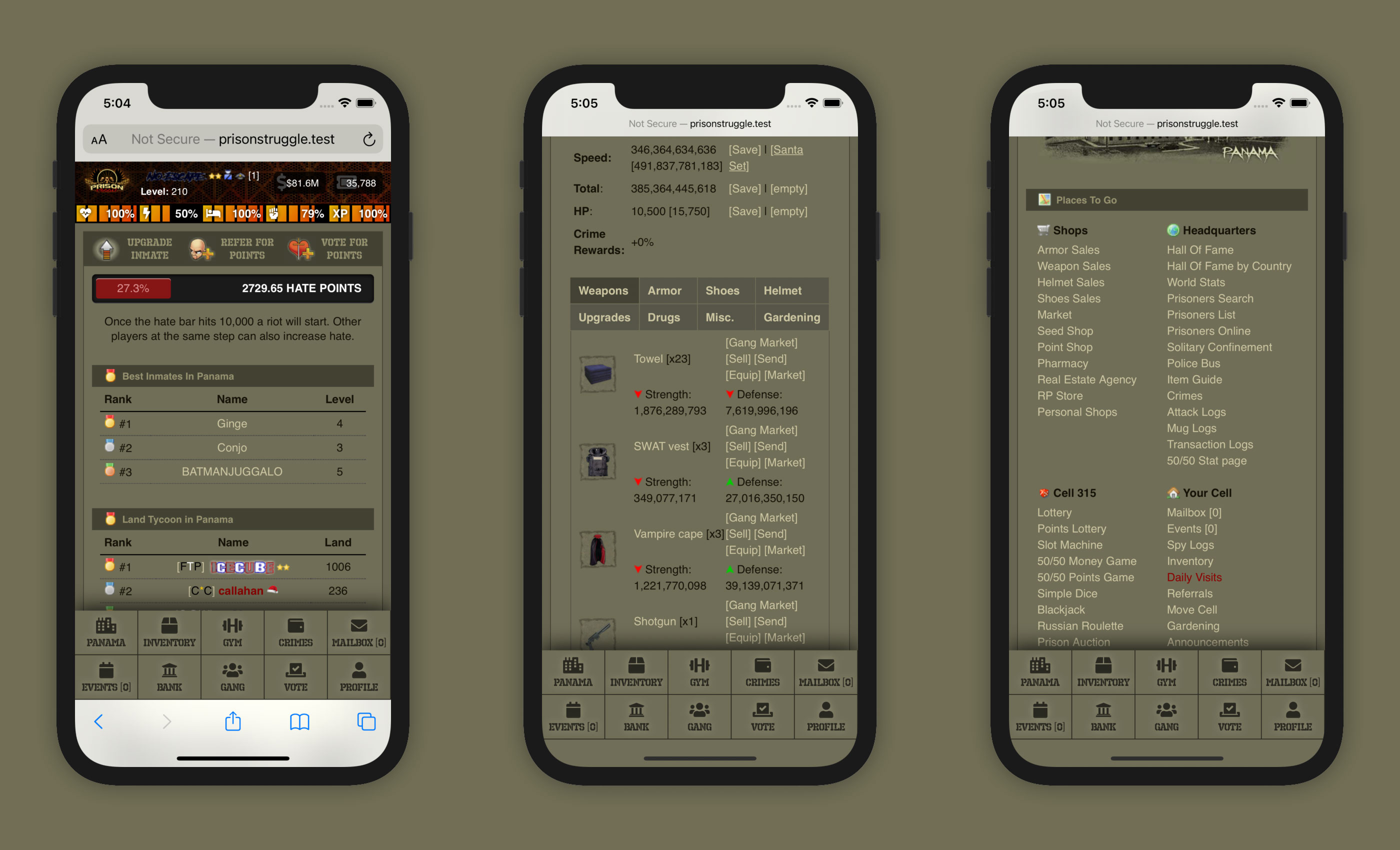